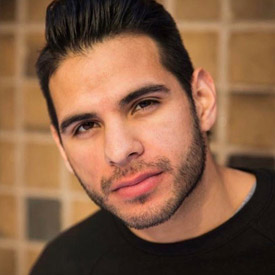 Edward starting his dance training at The City PAA. He has worked all over the world performing in theater, film, cruise ships and TV. He now resides in New York City and is starting his second season at Radio City Music Hall in the Christmas Spectacular. Edward completed the Studio 509 Teacher Training Program and helped pilot the popular GrooveFit class at Studio 509. Edward is honored to have the opportunity to teach/choreograph with hopes to inspire anyone and everyone through the magic of dance.